skip to main | skip to sidebar

There's an app for that!

A good story is a good story. In 1990 or 1991, I heard a Public Radio story about an International Banana Festival held each year in Fulton, Kentucky and South Fulton, Tennessee. It seems that for many years, seventy percent of bananas brought to the U.S. were shipped there by rail from ports on the Gulf coast. In Fulton and South Fulton, train cars were packed with fresh ice and sent off to other regions of the country.
The twin cities celebrated their unique heritage with a Banana Festival for thirty years. The Festival ran over many days, included many different and playful events, and was capped with a long and delightful parade. The last "float" in the parade was a one-ton banana pudding that was served in cups to the crowd after the parade.
Susan and I and our son Michael attended the 30th (and final) Festival in 1992. It was great fun. I took lots of pictures and was inspired to write and illustrate a children's book about the parade, But That Wasn't The Best Part.
I submitted it to several publishers in 1993 and 1994 but found no buyer. In 1995, I published the story online when I launched Meddybemps.com. The story has many qualities that make it good for aspiring and beginning readers. The illustrations and text work well on Web pages. It has been enjoyed by tens of thousands of children over the years.
Last fall, I learned of Jacob and Toni Rhodes, who had recently published two children's stories in the form of iPhone/iPod Touch apps. We discussed building an app around But That Wasn't The Best Part. The simple, linear nature of the story and colorful illustrations would work well on the small iPhone/iPod Touch screens. Jacob could add narration, sound effects and music to make it highly engaging.
After many weeks of hard work, the very entertaining app is now available for sale through the iTunes App Store (Search for "Best Part"). Now children can listen to their parents read it. They can listen to a narrator and click on sound effects. As they build reading skills, they can read it themselves.
We'll see what happens as another generation of children discover The Best Part. This story is far from over.
Posted by Jerry Jindrich at 9:40 AM No comments: 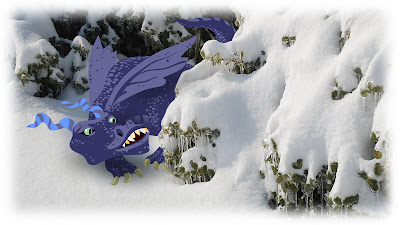 The Ice Dragon has arrived and visitors are reading the tale. He may be the biggest bully in my stories so far but he is no match for a clever Garden Pixie.
I have more stories in mind than there is time to write and illustrate. Unfortunately, I need to create other types of content to keep the site varied and interesting.
I recently published 40 pages of Opposites for young children and and I hope to have an iPhone/iPod Touch App to announce in a few days.
Stay tuned. It's going to be a busy year.
Posted by Jerry Jindrich at 9:46 AM No comments: 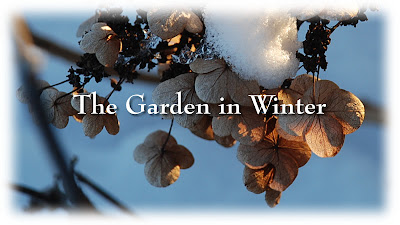 Opportunities for taking "snow pictures" in southwestern Indiana are rare and can't be ignored. The winters are generally mild, producing only a few days of snow. When snow does blanket our garden, I am eager to see how the familiar has become fascinating. I grab my camera and go exploring.
This year, I was captivated by dried Oak Leaf Hydrangea flowers, pictured above. Last year, an ice storm devastated the Ohio Valley and left our trees and shrubs looking like broken and distorted crystal chandeliers. It was awful and it was beautiful. Amazingly photogenic.
I was inspired by these images to write a Garden Pixie story that takes place in winter. It will be ready another week or so. You will like the images. Your children will like the story.
Posted by Jerry Jindrich at 3:18 PM No comments: 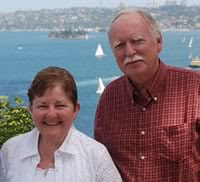 Please join us On The Beach

We invite you to read and contribute. Feel free to comment on our site and to share helpful ideas with other users, Jump in anytime!